Hi, I’m Aaron. I’m an avid traveler, an unashamed nerd, a (very poor) ukuleleist, an even worse karaoke singer, and a private pilot. I completed my private pilot training through Inflight in late 2019 and early 2020. When I am not burning 100-LL fuel at 8 gallons an hour, I’m advising executives on various aspects of their business operations, exploring the beautiful parks and trails in the Twin Cities, or planning my next adventure to somewhere far, far away.

How you got into aviation

Aaron have always been a bit of an aviation geek. It might have started in middle school when I accompanied my father on a few business trips, but it really took off after college when I started to travel more and began to realize that the trip to the airport was just as exciting as the destination. Probably the biggest influence in my decision to pursue the left seat was my good friend from college, Philip De Koster. He had learned to fly when he was in college and was always eager to take friends up in one of the Cessna 172s he had access to through the Des Moines flying club. Phil and I would jump in the plane every few months for some recreational hopping to various small airports in Iowa. Usually we’d pick up one of our friends for a few circuits around Ames (where we went to college) or their hometown. It was a blast. Since that time, every few months Phil would ask me when I was going to get my pilot’s license. Thankfully his persistence paid off and I started my flight training with Inflight in late 2019. 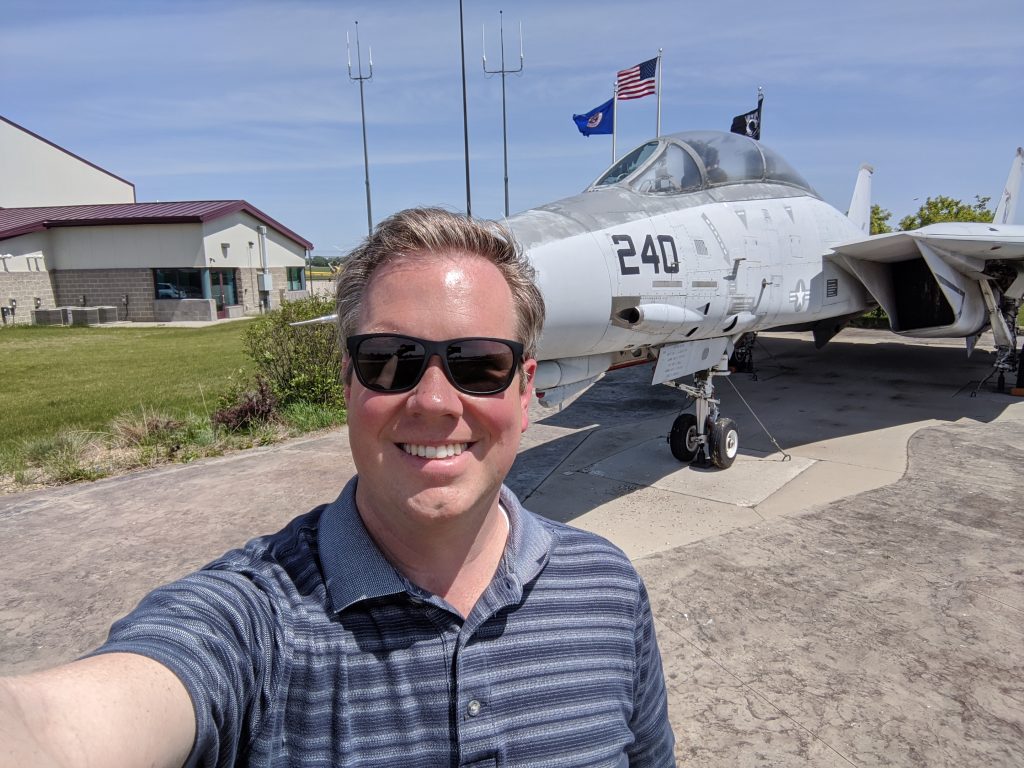 Things you liked about Inflight

There are three things that make Inflight stand out for me:

More than anything, Aaron have been impressed by everyone in and around Inflight; the flight instructors, the concierge staff, the mechanics, and the staff at Elliot. Everyone at Inflight aspires to excellence.

This was something that was evident from the first 5 minutes of my discovery flight. When I showed up for my discovery flight, I was paired with Ian, who later became my primary CFI. I don’t know if I ever told Ian this, but when I walked in the door, I was skeptical; I had heard that a lot of flight instructors are just doing the job to get hours so they can apply for their job at the airlines. But this worry vanished quickly when it became clear that Ian is a guy who is working as a flight instructor because he loves teaching, and he’s pretty darn good at it.

And it’s not just an Aaron. At inflight, I met a cohort of CFIs who genuinely are passionate about and invested in teaching and creating better, safer pilots.

When you rent someone else’s plane, you put a great amount of trust in their maintenance program. At every turn, Aaron found that Inflight is worthy of the trust I put in them. Inflight cuts no corners on maintenance and it shows. If something feels amiss in a plane, Inflight will pull it until a mechanic looks at it. No exceptions. A few months ago, Aaron had the opportunity to visit Inflight’s maintenance shop. Not only was the place so clean that you could probably eat off the shop floor, but I learned that the mechanics working in that shop were just as passionate about excellence in maintenance as the CFIs are about teaching.

Finally, there are all of the things that go into running a sizable aircraft rental operation that Inflight just does well. I am sure that I can find a Cessna 172 to rent for cheaper than I can at Inflight, but when I think of the convenience of renting from Inflight, I am happy to pay a small premium. Booking a plane is simple and the scheduling system works well. When aircraft go down for maintenance, I am notified through the scheduling system and I can work with the concierge staff to find an alternative that works for me.  If I need fuel, I can order it from Elliot and my plane is serviced within a few minutes. All of these things mean a lot less hassle for me and a great experience when renting.

Some of your favorite memories while learning to fly

There are certain moments during learning to fly that you’ll never forget. The first time you take a discovery flight. Your first solo flight. The time you take up your first passenger. For me, the first time I soloed was certainly a peak. I was in 5242D that day and Ian and I were about half way through our scheduled lesson when, after landing, Ian said, “Go ahead and taxi back to Elliot.” He then called the tower and told them that they would have a student pilot doing his first solo on that tail number in a few minutes. At that point my heart began racing. What seemed like just a few moments later, I was at the end of the runway and cleared for takeoff… by myself. I don’t know how to describe the feeling you get when it’s just you and the plane the first time. Every part of that flight was a thrill. I don’t think that anything prepares you for the performance boost you get when you shed 10% of a plane’s weight. It felt like I was piloting a rocket ship… at the time the climb felt pretty impressive. I made three landings and came back with probably the biggest, silliest grin I had ever had on my face. In celebration I decided to let Ian cut the back out of my shirt and keep it as a trophy. Other than that, there was a time when I pulled a pretty good prank on Ian the day before my PPL checkride. But you’ll have to ask him about that yourself. 🙂 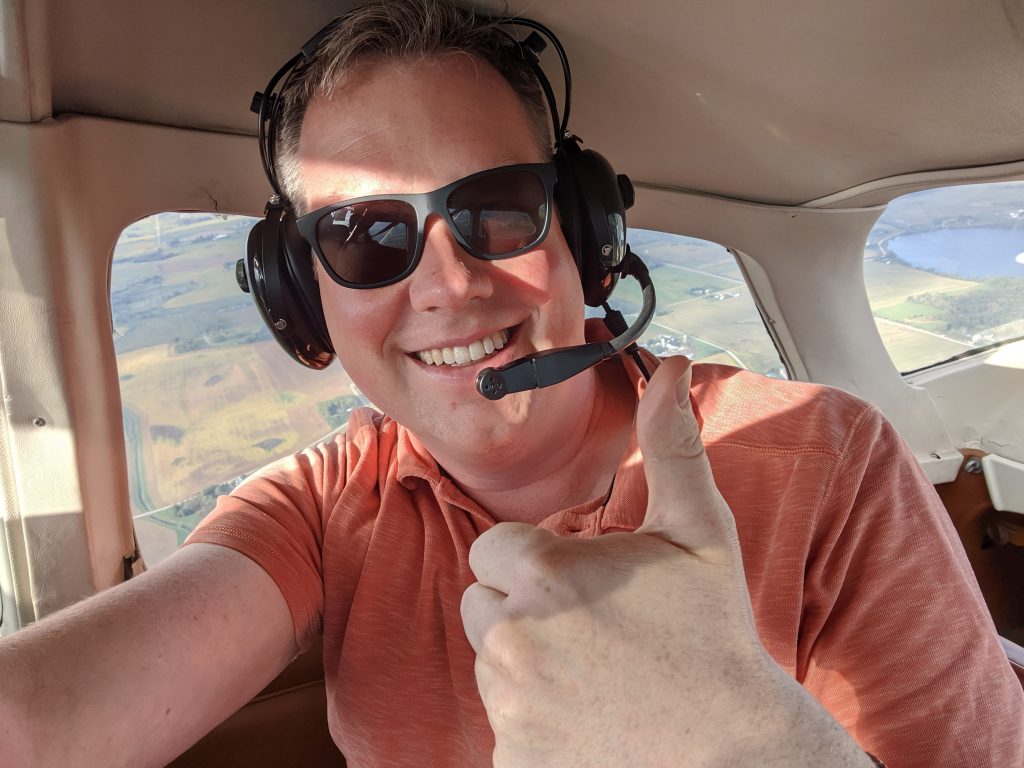 Cool places you’ve been with your pilot license

Every airport is cool in my book, but not every airport is in my book yet! I’m working on fixing that. With just shy of 80 hours in my logbook, I have yet to really start exploring Minnesota by plane, but Aaron absolutely plan to take full advantage of my pilot’s license next summer. On my first cross country after getting my PPL, Aaron went to Albert Lea and got fly over the fields of wind turbines in southern Minnesota that I always drive by when heading back to visit family in Iowa. I also got a Bravo clearance on my way out, so that was a pretty fun experience. That said, there is so much out there to explore. I’m planning on a cross-country trip to visit my friend Phil in northwest Iowa next summer and I fully expect that I will be a regular consumer of $100 hamburgers and fly-in pancake breakfasts. I am very much hoping that Air-Venture 2021 happens as well. As an aside, if you are a pilot in Minnesota, I’d recommend signing up for the Fly Minnesota Airports program and getting your Fly Minnesota Airports Passport where you can log your visits to Minnesota’s 150+ general aviation airports.

Advice for someone starting their training

Aaron have three pieces of advice for someone starting their flight training:

It is surprisingly easy to underestimate the importance of learning outside of the time with your instructor. After all, you’re not earning your pilot’s license or next rating to sit around reading books about flying…. you want to be in the sky. I found that I learned more and flew more competently when I showed up to lessons prepared. Here are some ideas of what you can do to be super-prepared:

Second, consistency is king when it comes to retaining what you have learned. During the middle of my flight training, I took a few weeks off. Had I to do it over again, I would not do this. It is amazing how quickly your flying deteriorates when you are not in the plane. If you want to learn to fly, make it a priority to schedule two to three times a week and set aside time to prepare for your flights AND debrief them. Finally, join WINGS. Wings is a British-American rock band formed in 1971 by Paul McCartney. That Wings is unrelated to the one I’m talking about, which is the FAA’s pilot proficiency program aimed at reducing the number of general aviation accidents. It’s important, but it’s also fun. I’ve found the seminars to be interesting and engaging and a great way to spend a Saturday morning. Spending more time learning about and thinking about all aspects of aviation, from flight maneuvers, to learning about emergency response operations, will help you become a better pilot. If having fun and becoming a pilot isn’t enough incentive, Wings will also give you the opportunity to meet and build community with other aviators in Minnesota. 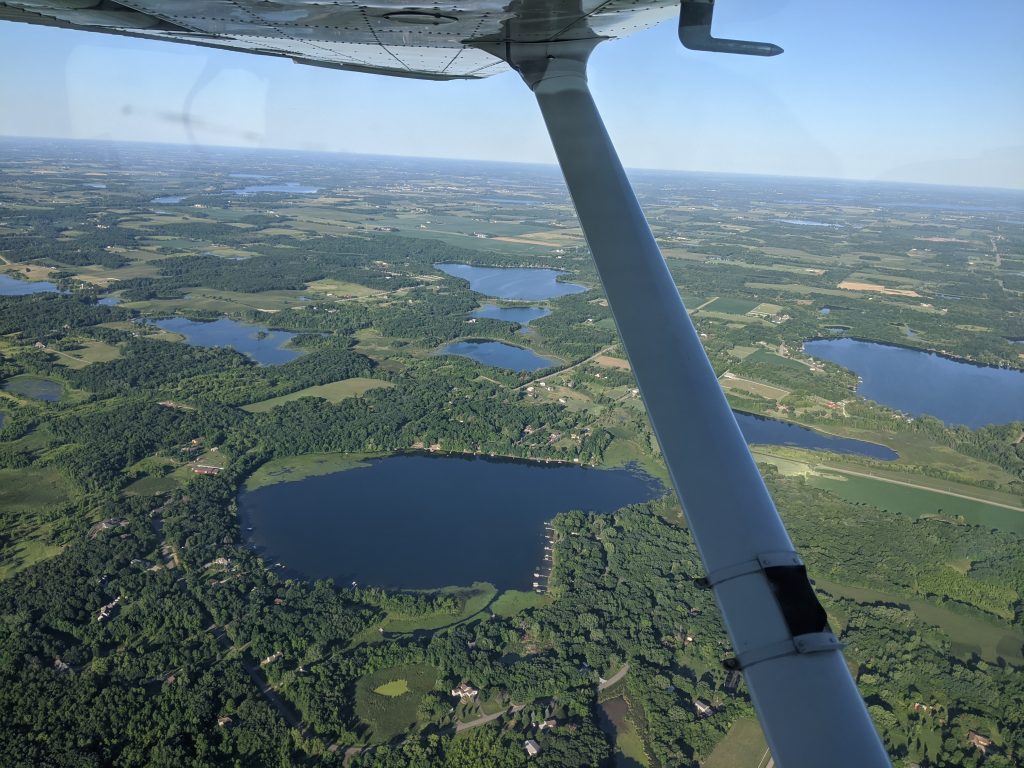 For me, the feeling of rotating and launching into the air in a plane will never get old. It doesn’t matter whether it’s on an international flight or just me doing a few circuits in the pattern at Flying Cloud. More than an idle thrill though, learning to fly has fed my curiosity and given me so many new ways to explore the world… learning more about physics and weather, gaining proficiency in flying, experiencing flight in different aircraft, understanding how the constellation of systems we interact with as general aviation pilots works… the opportunities for learning are literally endless and that’s probably what I enjoy most. I am so glad that I learned to fly. Don’t tell my friend Phil, but I should have done it a decade ago. 🙂

If flying is something that you’ve always dreamt of, go take a discovery flight, make a plan and go after it!