Is Learning to Fly Safe?

Many times, when Inflight takes on a new student pilot, we are asked if learning to fly is safe.

As professional aviators, it’s our duty to be open and honest about the safety of flying. Any activity that involves speed and height can be nerve wracking for some, and can present some level of risk. However that shouldn’t discourage you from chasing after your dreams of becoming a pilot.

In all honesty, flying can be dangerous in certain situations. But just think of other everyday activities like driving a car, motorcycle or boat. Much of the same risks may be involved in these day-to-day tasks as they are in flying. But at Inflight, we believe that the benefits heavily outweigh the dangers of learning to fly, and with the proper training and experience, the risks can be mitigated.

So, let’s answer the question “is learning to fly safe?” once and for all!

First Thing to Know: Being a Student Pilot is the Safest Way to Fly

The greatest advantage of becoming a student pilot is that you have a very low chance of experiencing an accident. Reviews of pilot certificate ratings show that student pilots have some of the lowest accident rates. When obtaining your private pilot certificate, you’ll be flying with a highly trained pilot that potentially has thousands of hours of flight experience. When you have the best and the brightest pilots supervising you, your chances of encountering a flying accident reduce dramatically.

The Truth about Accident Rates Among Small Airplanes

While that data may seem unsettling at first, any student that goes through training will know that a skilled pilot who encounters unique risks should have the training to react appropriately during any precarious situation. Let’s use an example of flying versus driving to illustrate this point.

Flight Safety is in Your Control

Flying a private plane is about as dangerous as driving a car. However, there are many differences when it comes to pilot versus driver control and how that affects your safety on the road or in the sky.

When you drive a car, motorcycle or boat, you are at the mercy of other drivers in your immediate area – if someone comes careening over the median on the road, you likely have a split second to react and hopefully avoid an accident with them (not to mention the other drivers around you). There’s little you can do to avoid a collision caused by another driver, no matter how careful a driver you are.

When flying a small aircraft, however, a pilot may face a reduced risk of colliding with another airplane or object in the sky. On any given flight, a pilot typically sees only a handful of other planes flying through the sky. With little else to run into in the air, when you take off on a solo flight, many times you’re in complete control of your own safety.

The NTSB says that about 75 percent of all accidents in the sky result from pilot error. Because these events often occur from an action that the pilot either did or didn’t do, you can think of it in these terms: the pilot didn’t manage his own risks appropriately. Ultimately, a pilot is in control of his own fate.

As a team of lifelong aviators, Inflight recognizes this tragic fact about piloting a plane: we’re often victims to our own mistakes, whether it be from inexperience or hubris. While we certainly do not feel good when an accident occurs from pilot error, it does provide a small sense of reassurance knowing that accidents generally don’t occur from something outside of the pilot’s direct control. Additionally, with the right training, a pilot may be able to recover from any potential hazard that might come up during flight.

Beyond pilot error, there are additional inherent risks to piloting an aircraft. The main hazards include:

If you’re a smart and safe flyer who is constantly striving to improve your flying ability and knowledge of aviation, you can dramatically reduce the risks you may face when flying. While flying can present its own set of dangers, you’re the only one who can decide if flying is worth the risks. 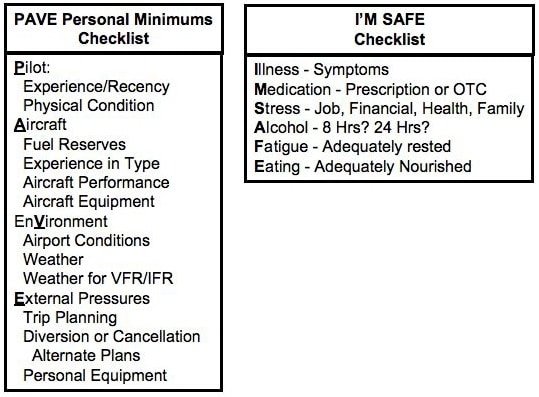 Benefits of Learning to Fly

Now that you know the risks that flying may carry, it’s time to weigh them against the benefits to decide if becoming a pilot is for you.

1) Takeoff on a New Adventure

When you earn your private pilot certificate, you can fly anywhere in the United States – the destination you choose is only limited by your imagination! What may be a 15-hour road trip can be slimmed down to a couple hours in a plane. Whether you want to fly to the Rocky Mountains to enjoy some wintertime skiing in Colorado, head to the Boundary Waters of Minnesota for some remote fishing or take a seaplane down the coast of Florida, the sky’s the limit when you can fly yourself.

2) Join a Close Community of Pilots and Aviation Veterans

When you become a private pilot, you’ll be introduced to a unique, welcoming culture of fellow flying aficionados. Pilots always have the best stories to swap, and are passionate about their hobby or career. They also value the flying culture, often spending time together – taking trips  or bonding over tales of flying adventures. You’ll gain a second family when you decide to join the ranks.

Flying can offer one of the most rewarding careers for those individuals that dread a monotonous office job. Whether you want to become a commercial pilot, a certified flight instructor or an airline transport pilot, you’ll be welcomed into a world that’s unlike any other.

When it comes down to it, most choose to fly in spite of the potential risks – because piloting your own aircraft is just plain fun. The people that accept the risks instead of run away from them are those that see the most success throughout the span of their aviation endeavor. It’s a passion that comes from deep inside oneself. If you’re one of the people that’s always looking toward the sky, there’s no greater feeling than the feeling of flight, no matter what the hazards might be.

Learning to Fly the Safe Way

While flying may present some inherent dangers, so do many everyday activities like driving, biking and even jogging down the street. At Inflight, we’re committed to providing full-service training to each and every individual to help ensure that we’re meeting the highest safety standards regulated by the FAA.

It’s our goal to communicate the benefits of flying over the risks, and work to train you for every emergency scenario that may occur during flight. So, are you up to the challenge to take flight? Contact Inflight today to get started.